OPINION: It Wasn’t A March for Our Lives, It Was A March For Their Views

First off, I have no problem with organized marches and I cannot deny their ability to be a great vehicle for change. What I dislike about the current state of these marches are how don’t seem to come out of grassroots movements. They are are sponsored by the same people and have performances by musicians and pretty logos. At all of them we hear the same language; we all hear the same calls for ‘solidarity.’

solidarity (n.) : unity or agreement of feeling or action, especially among individuals with a common interest; mutual support within a group. 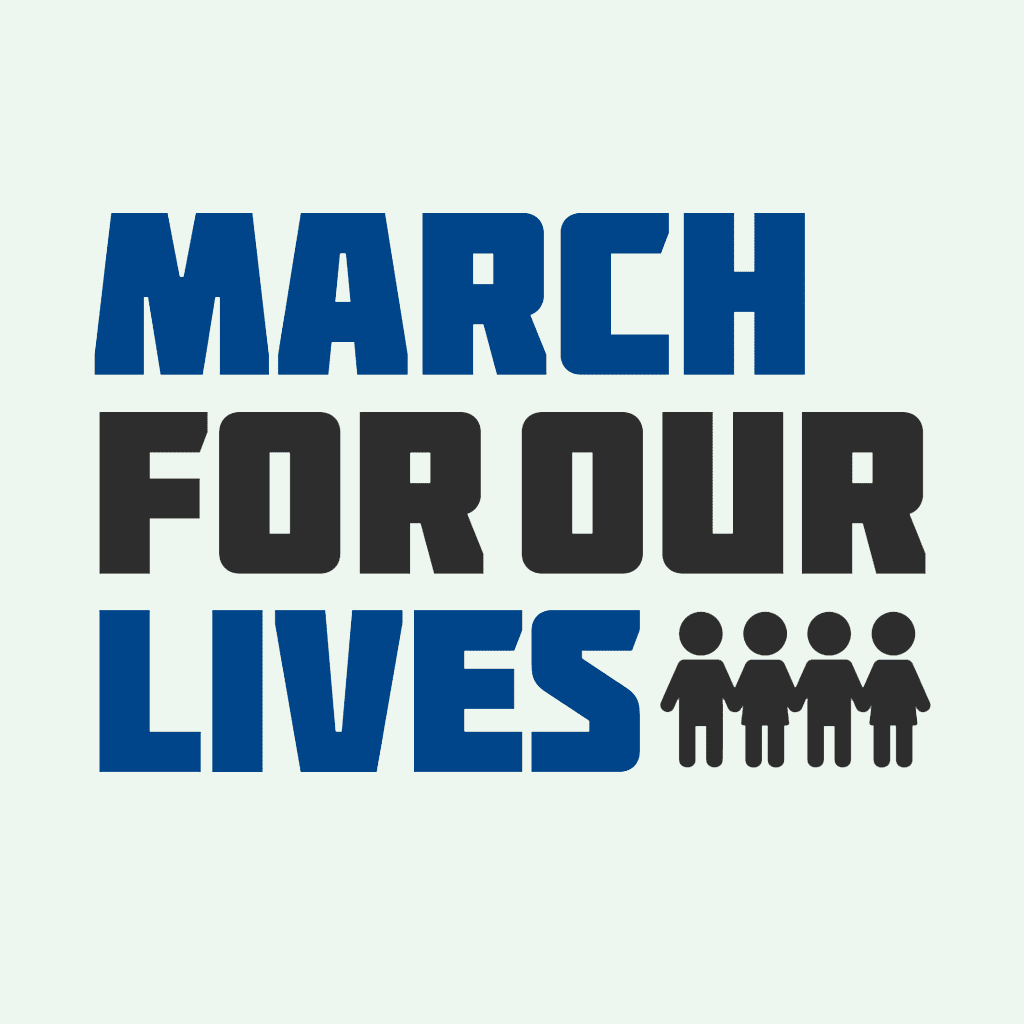 These types of marches just scream one word to me: commercialized. These are not average people all marching for basic human rights anymore. These are all people who absolutely must fit the specific narrative that the Never Again Movement wants. We see this is the way that Parkland survivors that happen to be pro-gun are pushed out of the conversation by everyone from MSNBC’s former correspondent, Kurt Eichenbald, to the media’s Parkland darling, David Hogg-himself.

Kyle Kashuv. Tommy Holgate. Do you know their names as well as you do David Hogg, Emma Gonzales, or Cameron Kaksy?

First off, let’s begin with Kyle Kashuv. He has done a lot in the aftermath of the shooting at Marjory Stoneman Douglas High. He is developing an app to help troubled teenagers and he helped push a funding bill called the STOP School Violence Act which is more individualized than  previous efforts at similar legislation. In addition to pushing legislation, he is also developing an app run by student volunteers to help their troubled peers. He has done all of these things yet finds himself at odds and alienated by his fellow students and even journalists because he does not subscribe to the same political ideology.

Kyle, I would LOVE to see you say that to his face but I know you won’t. I’ve seen you in school, you don’t make eye contact with anyone. Keep talking on twitter tho, it’s going to get you far https://t.co/A21EyX3ae9

Above is a fellow Parkland student and a YouTuber who decided to mock Kashuv for his replies to David Hogg on Twitter. The truth of the matter is that Kyle Kashuv has tried to have a debate with David Hogg. Dave Rubin even said he would moderate it and all of the proceeds would go to a charity. Still David Hogg did not respond and he has not participated in any sort of fair discussion with anyone of an opposing view. We saw this with Cameron Kaksy, who decided to cease conversation with Kashuv because of a simple tweet. He was scheduled to go on CNN, yes he was actually willing to go on a show that disagreed with him, but CNN cancelled after Kashuv retweeted an article that called a CNN host biased.

The true irony of the CNN situation is that this move proved that they were biased. Kashuv would have been an interesting view to introduce to their viewers but there is a major problem with Kashuv, he does not fit the narrative of Never Again activists and the March for Our Lives.

Brother of Meadow Pollack, a victim of the shooting, was also shut out due to him not fitting their box. He claimed that he was not allowed to speak at the March for Our Lives “because his message didn’t fit the narrative presented by his peers.”

A miscommunication led to Hunter not being able to speak at the march… I would like you to hear it now at this bea https://t.co/3FzEsAtbqQ

Please share this video so as many people as possible can hear this beautiful message… We need an intersectional approach to this issue to save as many lives as we can. This isn’t left or right, it’s about saving lives. Through unity and love we will win and end gun violence.

Hogg explained this as a miscommunication when he tweeted out a clip of Pollack speaking at a fundraiser for Meadow Pollack.

Thank you , I appreciate you pushing out my video but there was no miscommunication my speech didn’t fit I️n to the agenda . https://t.co/t3FnYTVnmC

Pollack and his father has been advocating for arming teachers and more security measure since the shooting. Say what you will about this, but it cannot be denied that Hogg actively kept Pollack’s voice down unless he said something Hogg could endorse. Another student, Patrick Petty, also spoke out against Hogg’s blatant lies.

There was no miscommunication, thank you for finally promoting @PollackHunter’s voice https://t.co/4glyDzfGTz

Petty also lost a sister in the tragic massacre.

I have scrolled through many responses to this vile tweet. While almost everyone thinks it’s out of line, I haven’t seen a comment that threatens the life of another person the way this tweet does. Interesting #tolerantleft pic.twitter.com/iViOHrjMMw

These students and families of students who are conservative have pretty much been ignored by the March For Our Lives and #NeverAgain movement. Why? Are these people affected by the same tragedy somehow not valid just because they believe in different ways to prevent the next shooting? People are attacked for criticizing the likes for David Hogg and Emma Gonzales, who wish to speak as adults but be protected like children, but it is perfectly fine to straight up ignore the likes of Kyle Kashuv and Patrick Petty.

This movement does not care about those affected by the massacre. At the end of the day, they only care about their specific legislation. They don’t wish to discuss these things with any level of nuance.

If these people want to claim that they stand for the safety of our schools, they will have to allow other students to speak up. They will have to actually become open to hearing the other side in some capacity. It helps no one to lie and discredit people affected by Parkland because they hold differing views. I know that it can be difficult to hear the other side at times, but I promise that it is rewarding. Hear these kids out on both sides.

Share this articleEver since Parkland hit so close to home for me, I have done plenty of research...

Stop the lie. There is NO such thing as government funding

Share this articleHow many times do we hear/have heard the term, Government Funding? Way too...

The Two Candidates the DNC and Media Love to Ignore

Share this articleThe 2020 race for the DNC’s nomination has been an interesting one. This...

Women of North Carolina: Trump is in our corner!

Share this articleby Diamond & Silk If there’s anything that women have learned since...

Stories of interest: from around the net

Weekend Long Read: Keeping Our Covenants
The Constitution-as-covenant pushes us always to strive toward the “better angels of our nature,” to use Abraham Lincoln’s phrase. It pushes us to become the best version of ourselves and our government a continual reflection of that aspiration.